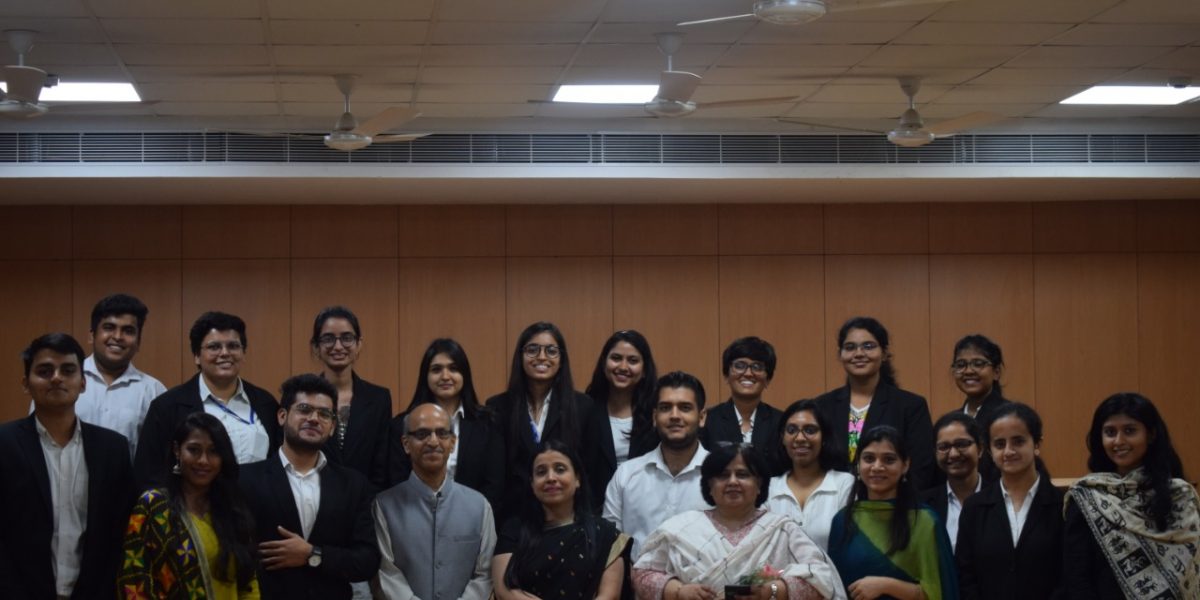 The VIPS Legal Aid Centre organized a two day Para Legal Volunteer (PLV) Training Programme for its students on 4th and 5th September 2019 in collaboration with the Delhi State Legal Services Authority (DSLSA) for induction of PLVs. The session on the first day started with the lighting of the lamp by the esteemed guests, invoking spirits of the almighty before beginning with the event.

The two-day event began with a resplendent Bharatanatyam performance. This was followed by a warm welcome extended by Prof. Rashmi Salpekar (Dean, VSLLS) and felicitation of the guests.

The Session saw around 130 students in attendance and commenced with a lecture by Mr Kanwaljeet Arora, Additional District and Sessions Judge-Member Secretary, DSLSA. He enlightened the students about the objectives of the Legal Services Authorities Act, 1987. Emphasizing on the role of students as the forerunners of tomorrow, he educated them about the role and responsibilities of Para Legal Volunteers and how they can aid the cause of the under privileged.

His session was followed by Mr. Dhirender Rana, Secretary, North DLSA who enlightened the students about Laws relating to children. He highlighted the legislative changes which had taken place in the last few years, in the wake of Nirbhaya Rape case, the Ryan murder case etc. He also emphasized on the positive role played by the Juvenile Justice Boards (JJBs) and their efforts to reform the lives of children who fall prey to societal evils.

The third session began with Dr. Rajesh Kumar, Executive Director, SPYM addressing the students about Drug Abuse and Eradication of Drug menace. He interacted with the students regarding the ill-effects of taking drugs, the effect it leaves on the near ones of the abuser as well the rehabilitation process of the affected.

Day One of the events came to an end with a session on the Right to Information Act, 2005 conducted by Mr. K. B  Rai, Former Advisor, Administrative Reforms Department, Government of NCT of Delhi. He highlighted the objectives of the Act and how it was an empowering tool in the hands of the public.

Day Two of the event began on 5th September 2019 by felicitation of the guests and remembering the greatest Guru of all- Swami Vivekananda, on the pious occasion of Teacher’s day.

The first session of the day began with Mr. Sandeep Gupta, Secretary, Central DLSA providing an overview of the Criminal Justice System and the Schemes of the DSLSA. The session delved into the workings of the Cr.PC and IPC. It was an interactive session and drew enthusiastic answers from the audience.

The session was succeeded by another session on Matrimonial Laws by Ms. Ruchika Singla,
Secretary, North-West DLSA. The speaker garnered the interest of the students by displaying an audiovisual clip on the issue of Sexual Harassment. She further went on to discuss personal laws as well as the Domestic Violence Act, the Muslim Women (Protection of rights on Marriage) Act, 2019 and threw light upon the plight of women in today’s society.

Mr. Vinod Kumar Meena, Secretary, West DLSA also addressed the audience on laws relating to Women and Senior Citizens. He brought to light various incidents which took place in recent times against senior citizens and women, and the legal recourse available to them.

The two-day event proved to be a huge success among the enthusiastic students as it enlightened them to a new course of life in the legal world and aroused a sense of social responsibility in them.